Setting up nteractive on macOS for ZSH

Friday night I was hanging out with Michael Stonis, Ryan Davis and others on Michael's live stream. He was working through a problem in a Unit Test, which I am sure we all have done. He comments saying, "All of this won't make the unit test". Me being a comedian in my own head started goading him. "Looks like LinqPad work to me." I said this knowing there is no LinqPad on macOS and I clearly see he is using a Mac. Two days prior I had a conversation with another friend about the only thing I miss from Windows development is LINQPad!

Michael posted Interactive C# which I hadn't seen, but am now itching to try at 8:00pm on a Friday night!

So this is were things got weird for me. I am a huge fan of documentation. When a project is well documented, it makes it much easier for a new person approaching it to consume. The nteractive documentation made the setup seems straight forward enough. So I jumped right in. As these things go, one link led to another, and I eventually ended up on the dotnet interactive README

I installed Anaconda and loaded a shell. I use ZSH these days because the experience feels better to me than the Bash shell. No sooner do I think this might be a easy setup, with no hassle, BOOM!

Oh no. I am thwarted! I have wasted an entire twenty precious minutes trying to set this up! I experienced the follwing issue loading the jupyter notebooks. 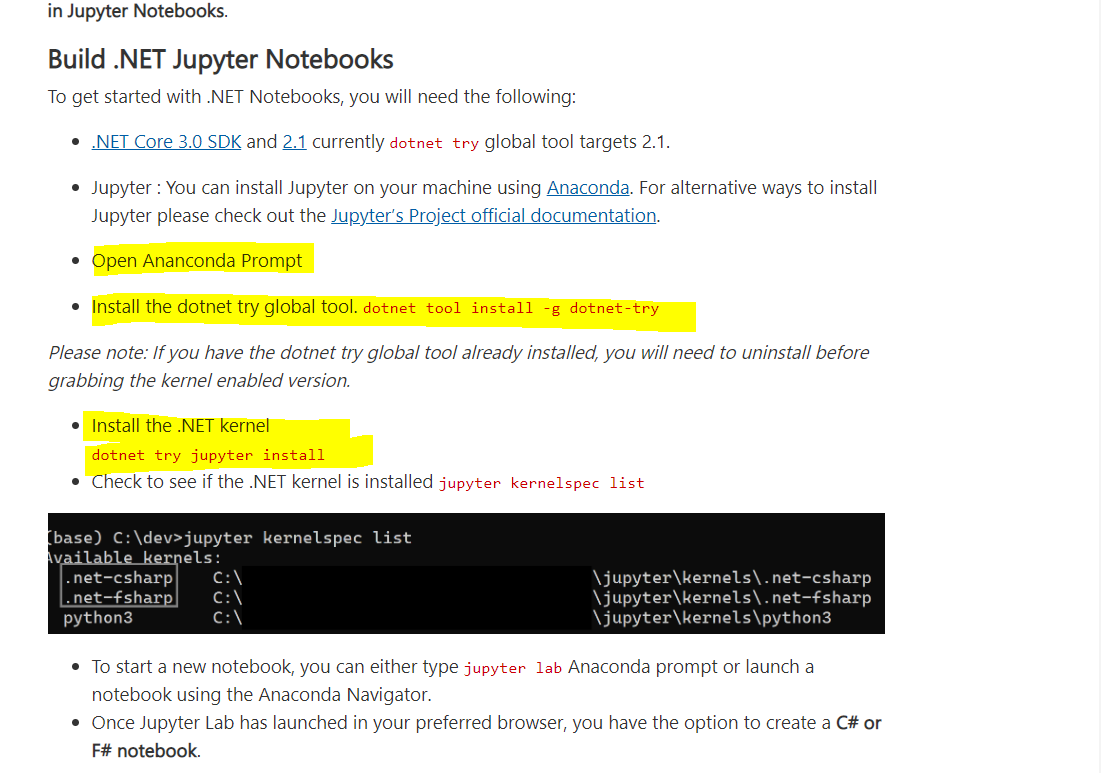 The answer that was posted to the issue seemed reasonable, except for one small thing. The first yellow highlight says "Open Anaconda Promopt". Well I just downloaded and installed Anaconda and had no knowledege of it's existence before I tried to setup these notebooks. Am I supposed to know how to open an Anaconda prompt?! Several minutes of furious google fu later, I found on macOS it really just is your terminal. Remember I use ZSH and not that bash thing and am now receiving another error.

I was getting close. I could smell the victory over my setup troubles! I found github issue ContinuumIO/anaconda-issues/issues/1831 that sounded like my problem. This was specific to Anaconda not working on ZSH. Reading further down the comments. I found my answer

Now everything worked flawless just like the original docs said:

Now I have nteractive notebooks working on my local machine and I can't wait to compare it to LinqPad!!!